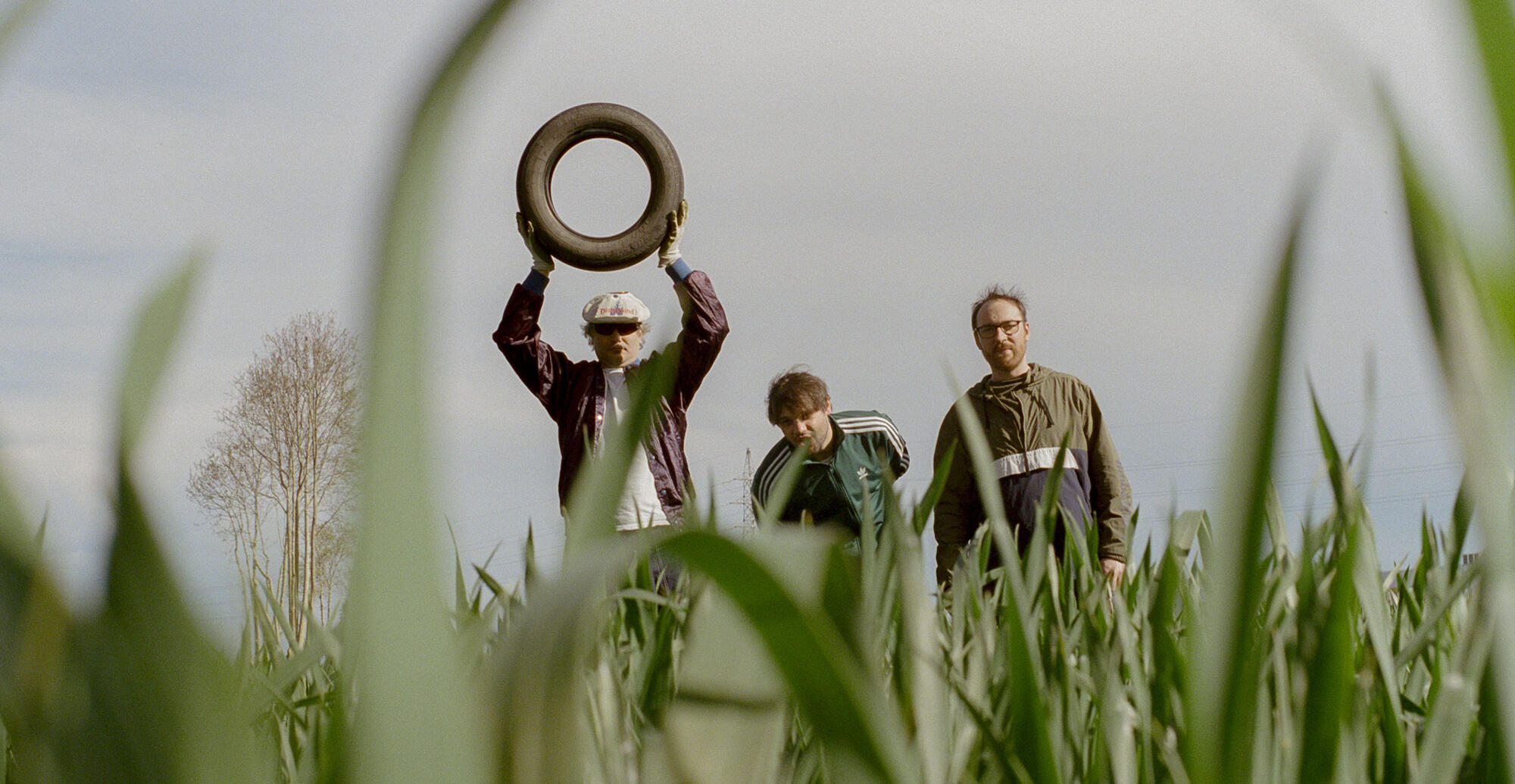 BROUGHT TO YOU BY WILD HONEY RECORDS

Small town ennui. Feeling stuck. Being broke. All of these inform the music of Bee Bee Sea, who hail from the small northern Italian town of Castel Goffredo. Yet they haven’t stopped the trio from crafting breakneck anthems documenting dissatisfaction, or developing a fearsome live reputation. And, fresh from celebrating ten years as a band, the band are now ready to release Day Ripper, their third and most vibrant record yet.

Bee Bee Sea – Wilson Wilson on guitar and vocals, Giacomo Parisio on bass, and Andrea Onofrio on drums – met fresh out of high school and immediately bonded over music. “When there’s no good shit around you better form a band” runs their motto – and so they did. Sixties classics like the Beatles, The Who, and The Stones formed the bulk of their repertoire as a covers band, and they played in any bar that would have them. “We were into bands,” explains Wilson, “and over time we became more rock, and started to get into punk.”

And now they stand ready to unleash Day Ripper on the world, ten incendiary tracks full of edge, tension, and fuelled by frustration – “ripper” is very much the right word. From the catchy, effervescent chug of first single ‘Be Bop Palooza’, to the filthy garage punk of ‘Drags Me Down’ and ‘Telephone’, it’s a record that throws you around the room before pinning you up against the wall and screaming in your face. Songs barrel along like a whirling dervish, all galloping drums and frantic power chords, occasionally teetering on the brink of collapse. Yet such chaos is precisely what makes Day Ripper so compelling, and so fun.